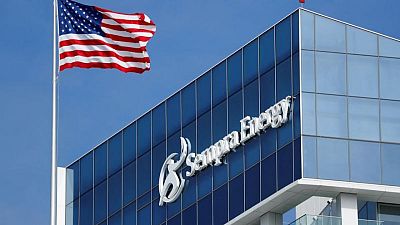 Developers Sempra Energy and New Fortress Energy Inc advanced agreements on separate projects, one of which could be producing LNG within 12 months. These plants typically requires long-term contracts for about 85% of output to kick off, and take years to complete.

But growing demand among customers, especially in Europe, was behind New Fortress Energy’s decision to invest its own money to build a 2.8 million tonne per annum (MTPA) plant off the coast of Louisiana.

“There was already a significant supply demand imbalance for natural gas in the world,” said Wes Edens, chief executive of New Fortress Energy. “With the urgency for Europe to reduce its dependence on Russian gas, it is vitally important to fast track LNG production in the United States.”

Russian President Vladimir Putin is demanding foreign buyers pay for Russian gas in roubles from Friday or else have their supplies cut, a move European capitals rejected and which Germany said amounted to “blackmail”.

Last week, the Biden administration said the U.S. will aim to supply European buyers this year with an additional 15 billion cubic meters (bcm) of LNG, and 50 bcm by 2030 to replace Russian gas imports as the West seeks to punish Moscow for its invasion of Ukraine.

Sempra on Thursday reached a preliminary agreement to supply France’s TotalEnergies with gas from a second, Mexican project, Vista Pacifico LNG. TotalEnergies would acquire a 16.6% stake and take about one-third of the 4 MTPA plant’s export production, under the deal.

LNG price forecasts are strong enough that the risks are worth taking if a plant can begin operation in the next couple of years, said Alex Munton, an LNG analyst at consultancy Wood Mackenzie.

“We continue to see a tremendous amount of interest in our LNG development projects,” said Paty Ortega Mitchell, a spokeswoman for Sempra.