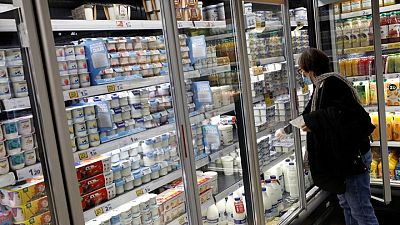 MADRID – Spain’s budget deficit narrowed to 6.76% of gross domestic product last year from over 10% in 2020, beating forecasts from international organisations and the government, which expects a further reduction this year despite a challenging environment.

“At present, with all due caution, the government should be able to meet the deficit target” of 5%, Budget Minister Maria Jesus Montero told a news conference on Thursday.

The government had initially targeted a budget gap of 8.4% in 2021, and Montero said the lower result “allows us to better face the challenges from the war in Ukraine”.

The war and sanctions on Russia following its invasion of Ukraine last month have pushed energy prices to record highs across Europe, stoking overall inflation and sapping confidence.

Tax collection soared 15.1% in 2021, allowing the government to meet its revenue forecast for the first time in 10 years, and revenue data were positive so far this year, Montero said, adding that higher social security payments driven by new jobs and hikes to the minimum wage had helped boost tax receipts.

The government attributed the deficit reduction to a stronger economy as it bounced back from a record slump in 2020 caused by the COVID-19 pandemic, and shrugged off the impact of higher prices on the improved revenue collection as pointed out by some experts.

Spain has to review its economic outlook to include the impact of the war in Ukraine war by April 30, and the government has already said growth would fall short of the current 7% target for this year.

Spanish think-tank Funcas has downgraded its growth forecast to 4.2%, which would significantly reduce the chances of Spain reaching pre-pandemic levels of economic activity this year, as the government had hoped, and its capacity to cut the deficit.