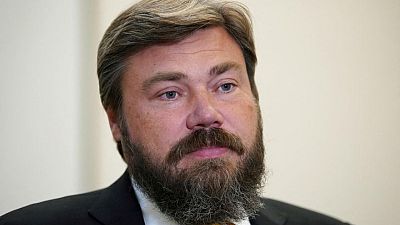 – A television channel owned by a sanctioned Russian businessman said on Friday that bailiffs had seized 1 billion roubles ($12 million) from Alphabet Inc’s Google over the U.S. tech giant’s failure to restore access to its YouTube account.

Google did not respond to emailed requests for comment. Russia’s Federal Bailiffs Service did not immediately reply.

The case forms part of Moscow’s wider pressure campaign on Big Tech that has escalated into a battle to control information flows since Russia sent tens of thousands of troops into Ukraine on Feb. 24.

The Moscow Arbitration Court said last year the daily fine would double each week that Google failed to comply. Tsargrad, which calls itself a patriotic Russian channel, said the fine would stop compounding when it hit 1 billion roubles, a level it reached in mid March. From September, that limit will be removed.

The United States and European Union imposed sanctions on Malofeev in 2014 over accusations that he funded pro-Moscow separatists fighting in Ukraine, something he denies. Russia considers such Western sanctions illegal.

Tsargrad said it had received the 1 billion roubles and warned it would seek money from Google abroad, should the company continue to violate Russian law, a threat it has made before.

Ukrainian forces have mounted stiff resistance and the West has imposed sweeping sanctions on Russia in an effort to force it to withdraw its troops.