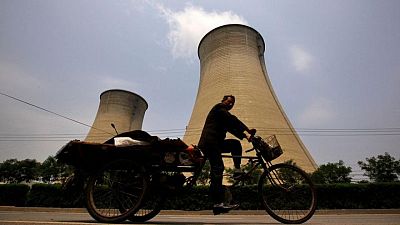 It was launched at the United Nations’ COP 26 climate summit in November 2021 following a call from world leaders, investors and regulators for a more rigorous approach to company climate disclosures to combat greenwashing, or exaggerating green credentials. It is a sister body of the International Accounting Standards Board, whose accounting rules are used in over 140 countries.

The overall aim is for the two-part standards to show investors how sustainability-related risks and opportunities from environmental, social and governance (ESG) factors impact a company’s enterprise value, meaning its shares and net debt.

The first part sets out general sustainability-related financial disclosures by assessing all types of risks and opportunities, and how they are managed and controlled.

Companies could assess specific social and governance risks by using standards from other recognised bodies.

WON‘T THERE BE DUPLICATION?

The CSRD goes beyond the ISSB by including “double materiality,” meaning the impact of a company on the environment and not just how climate affects a company.

In a similar way to the ISSB, the U.S. Securities and Exchange Commission (SEC) has proposed requiring U.S. listed companies to disclose a range of climate-related risks and greenhouse gas emissions, covering Scope 1-3. They are likely to be finalised later this year.

The ISSB hopes that all jurisdictions will acknowledge its standards as a global baseline for foreign companies, as the SEC is already indicating, to dovetail with their own rules.

The aim is to combine the qualitative information from the first ISSB standard with the quantitative data and targets on emissions from the second standard into one sustainability report published at the same time as financial information, meaning at least annually, with guidance on half-year updates for those who want it.

Companies will have to provide information in a form that is verifiable, meaning it can be checked by external auditors, crucial for instilling investor confidence in the new norms.

It will be up to each country to decide whether to adopt the ISSB standards. IOSCO, the global body for securities regulators from the United States, Europe, Asia and elsewhere expects to endorse the standards, which should encourage uptake. Fixing a start date is part of the public consultation, though companies could voluntarily move earlier.

The ISSB will consult later in the year on what other standards may be needed, such as on social or governance, or other environmental areas like biodiversity.