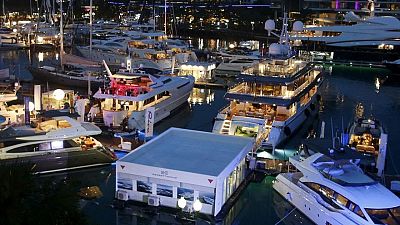 Braving turbulent markets and the backdrop of international sanctions against Russia that led to the seizure of the mega-yachts owned by oligarchs, Ferretti last Friday pulled off an 890 million euro ($993 million) IPO two years after a previous attempt foundered.

After pricing the IPO near the bottom of the range it had indicated, Ferretti said on Wednesday it had pocketed a net HK$ 1.77 billion ($226 million) from the deal.

It will use the cash to broaden its brand portfolio and also strengthen services for owners of its boats, it has said.

Of the rest, the top 10 investors took more than half, the source and a second person close to the transaction said.

The two sources said Italian participation had been hindered by the fact that some of the investors who wanted to buy into the IPO lacked Asian share denominated accounts to deal in.

Ferretti, whose brands include Riva, Pershing and Wally, is owned by Chinese conglomerate Weichai Group.

Piero Ferrari, son of the eponymous luxury sports car company’s founder Enzo Ferrari, owns 11% of the company and sits on the board.

The Hong Kong offering was 1.07 times oversubscribed, while demand for the international offering totalled more than twice the amount on sale, the company said.