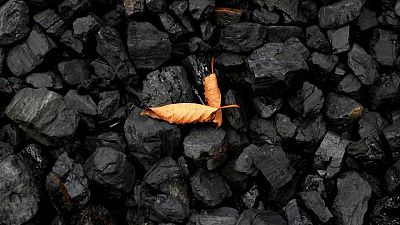 LONDON – The world’s top banks provided $742 billion in finance to the fossil fuel industry in 2021, little changed on the prior year, a report on Wednesday showed, despite growing calls to rein in lending to help tackle global warming.

Banks are increasingly in the crosshairs of investors and campaigners over their role in bank-rolling coal, oil and gas – the leading causes of man-made greenhouse gas emissions.

Most leading banks have pledged to reach net-zero emissions across their financing by 2050.

But, despite the International Energy Agency saying no new oil and gas fields should be developed for the world to hit its climate goals, the report showed finance continues to flow.

Last year, $185.5 billion was provided to the 100 companies doing the most to expand production, the Banking on Climate Chaos report, authored by NGOs including Rainforest Action Network, BankTrack and Oil Change International, said.

“These financial institutions are directly complicit in undermining a climate stable future for us all and must immediately end their support of any further fossil fuel infrastructure expansion,” said Alison Kirsch, research and policy manager at Rainforest Action Network.

While overall lending was little changed from the prior year’s $750 billion, it remained higher than in 2016 and 2017, even though the world economy is still recovering from the COVID pandemic, the report said.

Overall lending to the fossil fuel sector remained dominated by North American banks including JPMorgan, Wells Fargo, Scotiabank and RBC, all of which increased their financing over 2021, the report said.

For tar sands, which require high levels of energy to extract oil, financing rose 51% to $23.3 billion, the report said, led by Canadian banks including TD.

“Our planet is staring down a point of no return, and the world’s largest financial institutions are pouring gasoline on the fire,” said U.S. Congresswoman Rashida Tlaib.

A spokesperson for JPMorgan said the bank was taking “pragmatic steps” to meet its 2030 emission reduction target for the sector, “while helping the world meet its energy needs securely and affordably.”

RBC said it was working with stakeholders to reduce emissions and said the NGOs’ report historically did not adequately account for how the finance was being used, nor the sustainability and transition plans of the recipients.

TD said it had yet to analyse the report in detail so was not able to comment on it, but added it was making “significant progress” on its environmental, social and governance-related goals.