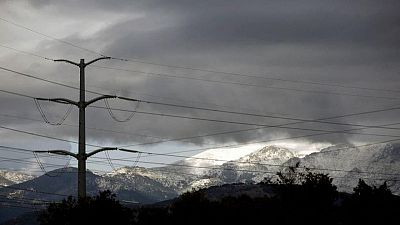 Initially announced on Monday, the cabinet approved on Tuesday the 16 billion euro ($18 billion) package of soft loans and direct aid that also includes measures to cap rental increases and boost employment of young people and women.

“The objective for electricity prices is: as low as possible,” Economy Minister Nadia Calvino told a news conference after the weekly cabinet meeting.

Presenting the package, which should come into force on April 1 and last for three months, Energy Minister Teresa Ribera said Spain would channel around 2.5 billion euros to reducing interconnection fees for energy-intensive users.

Soaring energy prices, exacerbated by the Russian invasion of Ukraine, have spurred widespread social discontent the minority government is now trying to assuage.

Revisiting a measure that caused consternation among power companies when introduced in a different format last year, Ribera said the government would curb profits on new fixed-price and long-term contracts priced above 67 euros per megawatt hour.

She added that from 2023 the government would encourage power utilities to sell electricity to companies directly and circumvent the wholesale market, in a bid to curb costs.

Of the total package, most of which still needs to be approved by the European Commission, 6 billion euros will come as direct aid and tax cuts mostly extended from a previous package related to the COVID-19 pandemic, while the remaining 10 billion euros are subsidised loans.

Ministers are still finalising the details of a so-called “Iberian exception” granted by the EU that will allow Spain and Portugal to cap gas prices.

Bank of Spain governor Pablo Hernandez de Cos said earlier that the current energy shock should be addressed through a common European response given the weaker or limited fiscal capacity of some European countries, including Spain.

Against that background, De Cos stressed that Spain’s rescue package had to be temporary to avoid overburdening public finances.

Though Spain’s public debt eased to 118.7% of gross domestic product from 120% in 2020, it is well above the EU average of 97.7% reported in the third quarter, according to Eurostat.