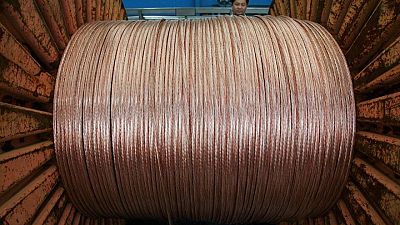 The official manufacturing Purchasing Managers’ Index (PMI) is expected to have eased to 49.9 in March, the lowest reading in five months, from 50.2 in February, according to the median forecast of 36 economists polled by Reuters on Wednesday.

“Almost all activity data point to a worsening slowdown in recent weeks, due mainly to the escalated anti-Omicron measures and the deteriorating property sector, and we believe the situation could worsen further in Q2,” Nomura analysts said.

The latest COVID-19 resurgence has brought about lockdowns in financial centre Shanghai and shutdowns in the tech hub of Shenzhen in March. Changchun, capital of the virus-hit northeastern province Jilin, has completed more than 10 rounds of citywide testing of its residents so far.

The rapidly deteriorating pandemic and escalating control measures added downward pressure on the world’s second-largest economy. Premier Li Keqiang said on March the 2022 growth target for GDP was “around 5.5%”.

China’s stringent zero-COVID policy, anti-corruption scrutiny and stepped-up regulation of hidden local-government debt have changed the mindsets of local officials, analysts at Goldman Sachs said in a note on Monday. Generating strong economic growth no longer seems to have its former priority.

With the economy suffering from virus outbreaks and facing such headwinds as uncertain future market effects of the Ukraine conflict, the government has pledged a slew of policies aimed at supporting small firms.

The finance ministry said on March 24 that some small firms would be exempted from paying the 3% value-added tax, because they are the country’s main source of jobs.

The official PMI, which largely focuses on big and state-owned firms, and its sibling survey for the services sector, will be released on Thursday.

The private Caixin manufacturing PMI will be published on Friday. Analysts expect its headline reading will edge down to 50 from 50.4 the previous month.