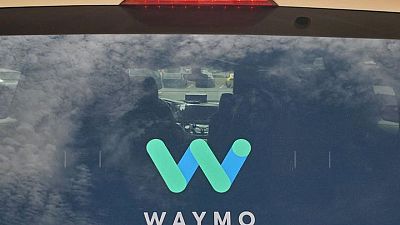 SANFRANCISCO -Alphabet Inc unit Waymo said on Wednesday it has started offering driverless rides to employees in San Francisco, accelerating a race with General Motors Co-backed rival Cruise to commercialize the technology in the dense city.

Waymo also introduced autonomous rides to employees in downtown Phoenix with safety drivers behind the wheel, with a goal to open it to public testing.

“Operating fully autonomously in multiple markets — in addition to Waymo’s growing trucking operations — is a critical validator of the scalability of Waymo’s operations and technology,” it said in a statement.

A self-driving technology pioneer, Waymo started the first U.S. driverless taxi service in 2020, over a decade after it was born in 2009 as a project inside Google. While it gives paid rides to hundreds of people a week using Chrysler minivans, Waymo’s service has not expanded beyond suburban Phoenix areas that cover about 50 square miles (129.5 square kilometers). [nL1N2R80CD]

Waymo in August started giving autonomous rides free of charge to a limited number of people in San Francisco with safety drivers on board, using its Jaguar electric vehicles equipped with sensors such as spinning lidars on the top.

Waymo declined to comment on whether it had applied for the permits.

Cruise already is giving fully driverless rides to employees and members of the public free of charge in San Francisco. The company is seeking CPUC approval for commercial driverless service, with a goal to get permitted this year.

Self-driving technology firms, which have attracted billions of dollars of investments, face challenges of scaling up their technology, after missing their earlier targets to launch commercial services.