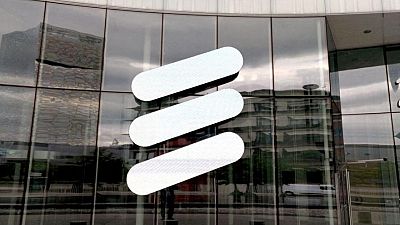 By Supantha Mukherjee and Helena Soderpalm

STOCKHOLM – Major Ericsson shareholders will vote against a motion to clear some board members of responsibility over possible payment of bribes to militant organisations in Iraq, deepening a crisis at the Swedish group that has knocked a quarter off its market value.

Shareholders, including Cevian Capital, Swedbank Robur and Norway’s wealth fund, plan to vote against discharging the board members of liability at Ericsson’s annual general meeting on Tuesday.

The shareholder vote is likely to be close to a 10% threshold that would give investors the right to sue board members in the future under Swedish company law.

Ericsson has been under scrutiny by the U.S. Department of Justice and from shareholders for not properly disclosing that its 2019 investigation had found the company may have paid militant organisations in Iraq.

“We still lack the information necessary to make an informed judgment of what went wrong, why, and who should be held responsible,” Cevian said. “Given the lack of information and the magnitude of the damage, we have no choice but to hold the entire board accountable.”

Investor AB along with Primecap Management, BlackRock and AB Industrivärden are also among major investors in the company, Ericsson’s website said.

Norway’s $1.3 trillion sovereign wealth fund said it would vote against granting a discharge to five of the company’s board members, including Chief Executive Borje Ekholm.

“When voting on a proposal to discharge the board of responsibilities, we will consider whether any information raises reasonable doubt about the board’s actions,” said the fund, which has around a 1.9% stake based on Refinitiv data.

Fund manager Swedbank Robur, which has a 3.9% stake, said: “We will not grant discharge of liability for the board members and CEO.”

It also said it still had confidence in the board and CEO, and would vote for the Nomination Committee’s proposal to appoint them.

Swedish business daily Dagens Industri cited fund managers Nordea Funds and Lansforsakringar Fondforvaltning, with a 1.1% stake and a 0.3% stake respectively, as saying they would vote against discharge from liability for the board.

Fund manager Avanza Fonder, which has less than 1% of Ericsson, said it would vote against discharge from liability for Ekholm and board members who are part of Ericsson’s Audit and Compliance Committee.

“We … want to let our dissatisfaction with the lack of transparency in the serious breaches identified in Ericsson be known,” Avanza Fonder CEO Jesper Bonnivier said.

Under the Swedish Companies Act, a company or shareholders can sue board members or the CEO if a group representing at least a 10% stake in the company votes against ratifying acts of the CEO in the past year.

Telecom gear maker Ericsson said: “We are awaiting the result of the vote at tomorrow’s AGM and will comment further then.”

Investor AB, Ericsson’s largest shareholder in terms of both capital and votes, and Industrivarden said they planned to vote in favour of discharge of liabilities.

Investor AB, backed by the Wallenberg family, said it had continued full confidence in Ericsson’s board and CEO.

“It is important that the company’s Board and Management feel they have our support in this challenging situation,” Investor AB CEO Johan Forssell said in a statement.

It is rare for shareholders in big Swedish companies not to grant discharge of liability, and any such move would be likely to raise pressure for a boardroom overhaul.

In 2014, a scandal over telecoms company Telia Company’ , then called TeliaSonera, business dealings in Uzbekistan pushed shareholders to vote against discharging former CEO Lars Nyberg from personal liability in 2014.

Ekholm, who had served as CEO of Investor AB, took over as CEO of Ericsson in 2016. He oversaw a turnaround of the company and in 2019 settled a U.S. government probe for alleged payment of bribes from at least 2000 to 2016 in countries including China, Vietnam and Djibouti.

In the same year, Ericsson investigated allegation of bribes in Iraq but chose to not disclose the findings to shareholders. It released details in February this year after media enquiries, sparking the current tension.

“Unquestionably Borje has done a good job of turning around the company, but this scandal clearly puts a dark cloud over his efforts,” said Paolo Pescatore, an analyst at PP Foresight.

The Ericsson board, including Chairman Ronnie Leten, has also been backing Ekholm, after proxy firms, including Glass Lewis, had recommended shareholders vote to remove him following the disclosure and a sharp fall in the company’s share price.