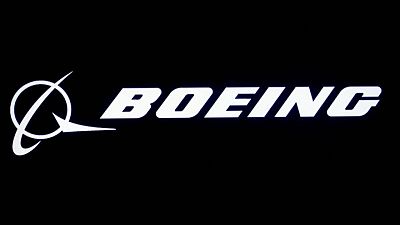 WASHINGTON – The U.S. Federal Aviation Administration (FAA) warned Boeing Co earlier this week the planemaker may not gain certification of a lengthened version of the 737 MAX ahead of a key safety deadline set by Congress, a source told Reuters.

Ian Won, acting manager of the FAA aviation safety office that oversees Boeing, asked the U.S. planemaker in a letter dated March 21 to provide a “mature certification schedule,” according to a source familiar with the letter. Won also sought updates on progress for both the 737 MAX 10 and 777-9.

Both airliner designs are under development. Certification is needed before they can enter service.

“With regard to the current Boeing Model 737-10 program maturity, the FAA is concerned it will be significantly challenged to meet the directive” of Congress in 2020, Won wrote, the source said.

Won’s letter referred to the 2020 law known as the Aircraft Certification, Safety, and Accountability Act, which reformed how the FAA certifies new airplanes. The law sets a late-December 2022 deadline for imposing a new safety standard for cockpit alerts.

Only Congress can extend the deadline if the FAA does not certify the 737 MAX 10 before the end of the year.

Boeing has raised with some lawmakers the potential impact on jobs and production if the aircraft is not approved, Reuters reported last week.

Boeing said Thursday it continues “to work transparently with the FAA to provide the information they need and remain committed to meeting their expectations, including regarding 777-9 and 737-10 certification.”

The Seattle Times first reported https://www.union-bulletin.com/seattle_times/faa-tells-boeing-it-doubts-max-10-will-meet-safety-standard-deadline/article_a549d7f4-a780-5335-99f2-4d22125de908.html the existence of the letter.

The FAA letter also asked Boeing for an update on its expected dates for major milestones needed before the planes can win certification and enter commercial service.

Won warned existing certification schedules for the 737 MAX 10 and 777-9 “are outdated and no longer reflect the program activities” as understood by the FAA, the source said.

Asked if Boeing had an updated schedule, Boeing said it has “no updates to share beyond our previous estimates. We are working to provide official documentation of specific milestones within the certification program in accordance with the FAA’s request.”

The FAA said Thursday it does not comment on ongoing certification projects.