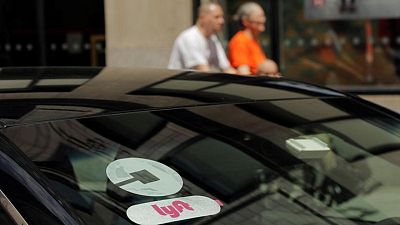 – Uber Technologies Inc on Thursday said it will list New York City’s iconic yellow cabs on its app, a move that marks the company’s latest expansion into the taxi market and could help the ride-hailing giant overcome a driver shortage in its biggest U.S. market.

Uber during its recent investor day in February outlined taxis as a major growth opportunity, calling it a highly fragmented $120 billion industry with 20 million active vehicles – more than five times the number of Uber’s own pre-pandemic vehicle base.

The company said it planned to include every taxi on its Uber app by 2025 and last year added 122,000 new taxis to its platform. That represented 3% of its total driver base at a time when it was struggling to retain its usual gig worker drivers amid the pandemic.

The New York City collaboration could add as many as some 13,600 cabs to Uber’s app if all of the city’s registered cab drivers participate.

Uber’s shares rose 6% in early trading, but later pared gains and were up 1.7%.

The deal, first reported by the Wall Street Journal, would see Uber work with taxi software companies Creative Mobile Technologies and Curb, which said its goal was to expand the collaboration U.S.-wide.

Passengers will pay roughly the same fare for taxi trips as for Uber X rides, but taxi drivers will be paid according to New York’s ride-hail wage standards, which on average are higher than the metered rates, Curb said.

The city has for years been a battleground between Uber and yellow cab drivers, who have long opposed Uber for diminishing their earnings.

Uber said it has already integrated taxis in Spain, Germany, Austria, Turkey, South Korea, Hong Kong and Colombia. Thirty-five percent of users who come to Uber taking a taxi trip go on to use its other mobility products, the company said in February.

“When we look at the next five years, we just don’t see a world in which taxis and Uber exist separately. There’s too much to gain for both sides,” Andrew Macdonald, Uber’s senior vice president of mobility, said at the time.