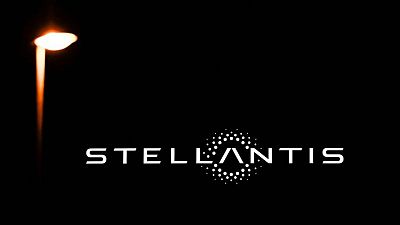 By Giulio Piovaccari and Steve Scherer

The company said its Automotive Cells Company (ACC) joint venture with Mercedes-Benz and TotalEnergies would build a battery plant in Italy and boost its capacity in Europe.

Separately, South Korea’s LG Energy Solution (LGES) said it would invest $1.48 billion to set up a joint venture with Stellantis to produce batteries in Canada.

The total investment will be more than $4.1 billion, which Innovation Minister Francois-Philippe Chamapagne said was the largest ever in the Canadian auto sector. Officials did not immediately say how much the federal and provincial governments were contributing.

The Canadian plant, to be built just across the border from Detroit, aims for an annual production capacity in excess of 45 gigawatt hours (GWh) and will create an estimated 2,500 new jobs in the Windsor area, the companies said.

The moves are part of a plan by the world’s fourth largest carmaker to have five battery plants, two in North America and three in Europe, where it has already announced so-called ‘gigafactories’ in France and Germany, also being built via ACC.

They come as rivals also move forward with battery production plans and as the car industry struggles with chip shortages and other supply chain disruptions.

Volkswagen on Wednesday picked a site near Valencia for its planned battery cell plant in Spain, while Tesla on Tuesday launched a factory in Germany, its first European hub.

ACC said on Wednesday it would convert an existing Stellantis engine plant in the southern Italian town of Termoli into a battery facility as agreed in a March 21 memorandum of understanding with Italian authorities.

The total investment for Termoli would amount to 2.3 billion euros ($2.5 billion), including 370 million euros in public funds, Italy’s deputy industry minister said in a statement.

The plant in Canada comes as the country, rich in key materials for EV battery production, has been wooing battery makers to safeguard the future of its car manufacturing industry as the world seeks to cut emissions.

Ontario is geographically close to U.S. automakers in Michigan and Ohio, and General Motors Co, Ford Motor Co and Stellantis NV have all announced plans to make electric vehicles at factories in Ontario.

“This is going to make Windsor the home of Canada’s first EV battery manufacturing plant, a plant that will be manufacturing hundreds of thousands of batteries,” Champagne said. “It’s great news for the entire auto sector in Canada.”

Separately, ACC said it would increase its industrial capacity to at least 120 gigawatt hours (GWh) by 2030, versus an initial target of 48 GWh, and scale up the development and production of next-generation high-performance battery cells and modules.

The plan will involve an investment of more than 7 billion euros, ACC said, and will include bringing production capacity at its French and German plants to 40 GWh each, from the 24 GWh initially planned.

This suggests the Termoli battery plan would also have a capacity of 40 GWh. Tesla’s Berlin plant is aiming for an eventual capacity of 50 GWh.

Presenting its first business plan earlier this month, Stellantis said it aimed to sell 5 million battery electric vehicles a year by 2030. It also increased its planned battery capacity by 140 GWh to approximately 400 GWh, through its five gigafactories and additional supply contracts.