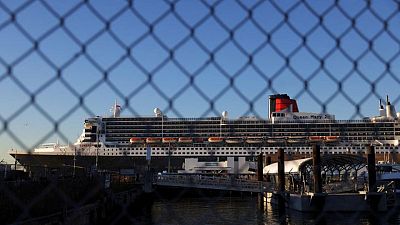 -Carnival Corp on Tuesday forecast a loss for the year as the U.S. cruise operator’s efforts to gradually restart operations after a long pandemic-led hiatus face a setback from a surge in fuel prices due to the Russia-Ukraine crisis.

Analysts expect rising fuel costs to temper near-term operating results. Jefferies estimates fuel costs to be 8-10% higher than previously anticipated for the first half of 2022, and 10-11% higher for the second half.

“It’s certainly not the first time we’ve seen a dramatic spike in fuel prices … (we) are stepping up our efforts to further reduce consumption,” Carnival Chief Executive Officer Arnold Donald said on a post-earnings call.

Carnival, which had expected to return to positive monthly earnings before interest, taxes, depreciation, and amortization (EBITDA) in the second quarter, now expects adjusted EBITDA to turn positive in the summer.

The company reiterated a net loss for the second quarter as higher fuel costs were having a “material impact” on its business, but forecast a return to profit in the third quarter as it resumes to full capacity and booking trends improve.

Shares of Carnival fell about 1.5% to $18.67 after the company also posted lower-than-expected first-quarter revenue as Omicron dented bookings.

While Carnival did not provide a detailed full-year forecast, Morgan Stanley analysts said the Q1 miss and higher fuel costs suggest “forecasts will be coming down again.”

Excluding items, the company posted a loss of $1.66 per share, compared with analysts’ expectation of a loss of $1.26, according to IBES data from Refinitiv.

In the wake of the Ukraine conflict, the company has already modified its trips to avoid stopping at Russian ports in the summer, and will also withdraw from any halts in the country for the remainder of the year, it added on Tuesday.