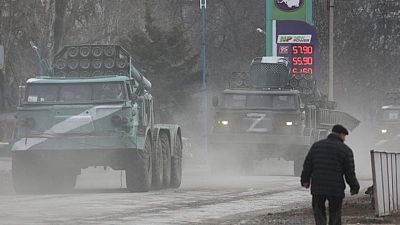 LONDON – Three employees of Russian oil giant Rosneft said they had resisted pressure to attend a celebratory show in a Moscow stadium on Friday to mark the eighth anniversary of Russia’s annexation of Crimea from Ukraine.

The sources said they were unwilling to take part because they saw the event as an endorsement of the war in Ukraine, which began on Feb. 24 when Russia launched what it calls a “special operation” to disarm and “denazify” its neighbour.

In a statement issued after Reuters reported staff reluctance to attend the Crimea show, Rosneft said that it supported staff who wanted to attend: “We are proud of them and proud of our president.”

“The company fully supports the policy of the president of the Russian Federation aimed at protecting the sovereignty and ensuring the security of our country and its citizens,” it added.

Russia seized Crimea from Ukraine in 2014 and has used the peninsula as one of the springboards for the invasion of its southern neighbour. Thousands of people have been detained in Russia in public protests against the military campaign.

State media announced this week that a show to celebrate the “reunification” of Russia and Crimea would be held in Luzhniki stadium, with capacity of over 80,000 people.

“We understand that it would be in support of the war,” one Rosneft employee said on condition of anonymity.

“No way can we support a war,” the employee said, adding she would use her day off as an excuse not to attend the event.

The three staff members said the company, whose boss Igor Sechin is a close ally of President Vladimir Putin, planned to bus its employees to the venue during working hours. Rosneft said it was not aware of any such plan.

Rosneft is one of Russia’s largest companies, with several hundred thousand employees, and Reuters was unable to determine how widespread the resistance to the ceremony was.

A second employee said she had told her boss she would not go. “I don’t want to show I support this calamity,” she said, referring to the war in Ukraine.

A third employee said she had been told by a manager that she had to go because the event was being held during work hours, adding she was not sure she could avoid attending.

“I have relatives in Ukraine. I want people to be told the truth about what is happening there,” she said.