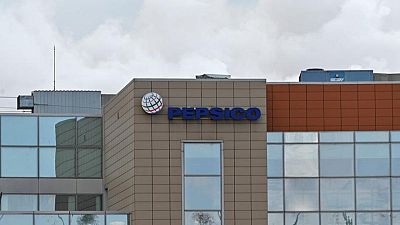 By Richa Naidu and Jessica DiNapoli

– Western companies that maintain a presence in Russia to provide essential goods such as food and medicines are trying to strike a balance between President Vladimir Putin’s government and advocates of Ukraine pulling them in opposite directions.

More than 400 companies have withdrawn from Russia since the launch of its attack on Ukraine on Feb. 24, according to a list compiled by Jeffrey Sonnenfeld, a professor at the Yale School of Management. They have left behind assets that were worth hundreds of billions of dollars in aggregate before the invasion, which Russia calls a “special military operation.”

Yet about 80 companies have retained a presence, even as they suspended new investments and business ventures. Many are consumer and pharmaceutical companies that argue that pulling out would significantly harm the Russian population. Some are also concerned about legal repercussions for their employees in the country should the Russian government retaliate.

“Companies believe they can’t easily abandon small Russian businesses and consumers that rely on them,” said Bruce Haynes, global co-chair of crisis communications at public relations firm SVC+FGH who has been advising companies on their withdrawal from Russia.

Consumer goods giants such PepsiCo Inc, Procter & Gamble Co and Nestle SA have said they will retain a presence in Russia to provide basic items for nutrition and hygiene, such as milk and diapers.

With casualties and refugees from the conflict in Ukraine mounting, pressure is building to pull out of Russia completely.

Katie Denis, communications and research lead at the Consumer Brands Association, a trade group that counts Pepsico, Coca-Cola and P&G among its members, said its members by-and-large did not support Russia’s actions in Ukraine, but that uninvolved Russian people should not be made to suffer for it.

Pharmaceutical companies such as Pfizer Inc, Germany’s Bayer AG and Eli Lilly have said they will halt non-essential operations in Russia but plan to continue supplying medications for diseases such as diabetes and cancer. They have noted that prescription medicines have been excluded from international sanctions because they serve an essential humanitarian need. However, in recent days, even those goods have come under scrutiny.

Ukrainian President Volodymyr Zelenskiy this week urged pharmaceutical companies to join conglomerates withdrawing from Russia completely. Sonnenfeld, whose list has been seized on by human rights activists to pressure global companies to leave Russia, has also called for such a move.

Some drug companies have backing from their shareholders. Josh Brockwell, for example, an executive at investment firm Azzad Asset Management, said he supported Pfizer’s decision to keep supplying Russia. “I don’t think the people should suffer for the actions of the (Russian) government,” he said.

Many U.S.-based pharmaceutical companies say they do not make drugs in Russia, but some European peers, including Switzerland’s Novartis SA, maintain manufacturing plants in the country.

Putin said last week Russia could seize assets of companies that abandon their operations in the country. Russian prosecutors have also warned some Western companies that their employees could face arrests if they shut down production of essential goods, a person familiar with the matter said.

British American Tobacco Chief Marketing Officer Kingsley Wheaton told Reuters last week that exiting its business or stopping the sale or manufacturing of its products would be regarded as a criminal bankruptcy by Russia that could expose its staff in the country to prosecution.

“The risk premium around investing in companies that do business in Russia has increased,” Martin said.

Companies are trying to come up with ways to appease all sides. Pfizer and Eli Lilly, for example, said they would set aside for humanitarian relief any profits from sales in Russia. Novartis and Bayer have each pledged millions of dollars for Ukraine relief.

Some companies are staying in Russia while seeking parties to buy or take over their local operations. British America Tobacco’s Wheaton said his company was trying to do this “rapidly.” Interested parties could include its Russian distributor of 30 years, Wheaton said.

Many companies are also concerned about what would happen to their facilities in their absence. An abandoned food plant, for example, could be repurposed by Russia to supply troops fighting in Ukraine.

Some investors want companies to consider how they may be indirectly funding the war by paying taxes. Hannah Shoesmith, director of engagement at asset manager Federated Hermes, told Reuters last week companies need to “think carefully” about any taxes they are paying to the Russian government and if the products and services they are providing are worth that risk.

Companies that left Russia may find it difficult to reclaim their property and assets once they are expropriated. Tiffany Compres, a partner with law firm FisherBroyles, said companies may sue Russia in international venues such as the International Center for Settlement of Investment Disputes, but such cases can drag on for years and Russia cannot be forced to pay out.

“Even if the company wins the claim, Russia has a reputation for not paying,” Compres said.