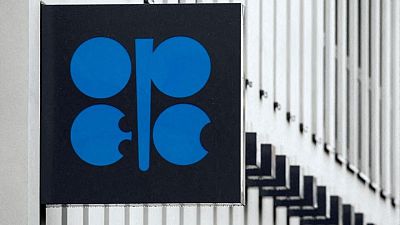 LONDON -OPEC+ compliance with oil production cuts rose to 136% in February from 129% in January, two sources said, missing its target by over 1 million barrels per day (bpd), as an already tight oil market braces for major Russian disruption.

The International Energy Agency said this week the oil market was set for a 700,000 bpd supply deficit in the second quarter as Western sanctions on Moscow and buyer reluctance could lead Russian oil supplies to drop by 3 million bpd from April. [IEA/M]

OPEC+ produced about 1.05 million bpd below its agreed targets in February, a third source said, up from 0.97 million bpd in January.

Several major consuming nations, including the United States, have called on OPEC+ to raise its output at a faster rate to help calm oil prices which soared to 14-year highs after Russia’s invasion of Ukraine.

So far OPEC+, which groups the Organization of the Petroleum Exporting Countries and its allies including Russia, has resisted calls for additional supplies.

Only a handful of OPEC+ countries have the capacity to raise output in a meaningful way, namely Gulf producers Saudi Arabia and the United Arab Emirates.

The UAE caused confusion earlier this month when its ambassador to Washington Yousuf Al Otaiba said that Abu Dhabi favoured an increase in output and would encourage OPEC to consider one.

But Energy Minister Suhail al-Mazrouei said his country was committed to the OPEC+ agreement on monthly oil production and has not agreed to individually increase production outside that framework.

OPEC+ has been hiking output by 400,000 bpd each month since August as it unwinds cuts made when the pandemic slashed demand.

It still has 2.6 million bpd of cuts it expects to unwind by the end of September.