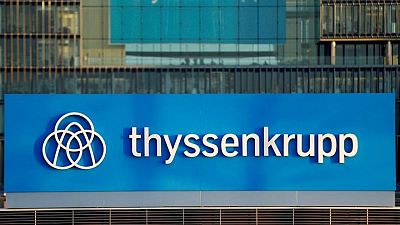 DUESSELDORF -Submarines-to-steel group Thyssenkrupp is reviewing its spending plans and could cut working hours to minimise the negative impact on its businesses from higher raw material prices and other consequences of Russia’s invasion of Ukraine.

“In view of the war, we have taken countermeasures across the group,” the conglomerate’s Chief Executive, Martina Merz, said in a staff memo seen by Reuters on Thursday.

Merz said in the memo that Thyssenkrupp may need to shorten workers’ hours in some parts of the business and that, where possible, it will pass on price increases to customers.

The sprawling conglomerate also supplies the automotive industry, trades materials and engineers electrolysers that are needed to make hydrogen.

While sales in Russia and Ukraine are negligible at less than 1% of total sales, Thyssenkrupp said late on Wednesday it was suspending its 2021/22 forecast for free cash flow before mergers and acquisitions.

Thyssenkrupp’s ability to generate cash is closely watched by investors as an indicator of the group’s financial health, while it tries to simplify its structure.

It also said that it was unclear whether it would still be able to spin off its steel division, Europe’s second-largest, which is one of the key strategic moves Merz has been plotting to rid the group of a volatile business.

“Cash is a highly emotive topic for Thyssenkrupp, given its chequered past in achieving sustained positive cash generation,” JP Morgan analysts said, adding that cumulative free cash flow before mergers and acquisitions is minus 8 billion euros ($8.8 billion) over the past five years.

Last month Thyssenkrupp had said it expected free cash flow before M&A to break even in 2021/22.