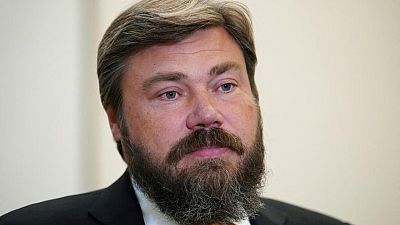 – The television channel of a sanctioned Russian businessman on Thursday said Alphabet Inc’s Google had lost a court appeal against a 2021 ruling that the company pay a compounding fine for blocking access to the channel’s YouTube account.

Google was disputing a daily 100,000 rouble ($1,050) fine it was ordered to pay in April 2021 after failing to unblock Tsargrad TV’s YouTube account, a Christian Orthodox channel owned by businessman Konstantin Malofeev.

“Currently, writs of execution have been issued, enforcement orders have been initiated and funds sufficient to fulfil the court acts have been seized from Google’s accounts,” Tsargrad said in a statement.

A simmering confrontation between Moscow and foreign tech firms has escalated in light of the crisis in Ukraine, and Russia has blocked access to Meta Platforms Inc’s flagship social media, Facebook and Instagram.

Tsargrad has said the fine would stop compounding when it hit 1 billion roubles. From September, that limit will be removed.

The United States and European Union imposed sanctions on Malofeev in 2014 over accusations that he funded pro-Moscow separatists fighting in Ukraine, which he denies. Russia considers such Western sanctions illegal.

Malofeev said Tsargrad intends to file new lawsuits against Google, demanding the channel’s YouTube accounts be unblocked in other countries.

“Some local courts will refuse to support us, for example, in the United States, because I am under sanctions. And elswehere they will help us,” Malofeev told Reuters.

“Thank God Google exists in India, China, Brazil and other countries. We will collect the money there until the court decision is fully realised.”