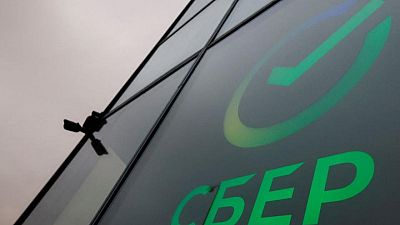 – Russia’s central bank on Thursday said it had given major lender Sberbank a licence to issue and exchange digital financial assets, a move that may open new opportunities for the bank as it seeks to blunt the effect of Western sanctions.

Blockchain platform Atomyze Russia in early February became the first firm to receive the green light to exchange digital assets legally in a country whose central bank has long voiced scepticism of cryptocurrencies, advocating a complete ban on trading and mining.

Sberbank, which has said it is working on launching its own cryptocurrency, was listed on the central bank’s register, along with financial ecosystem Lighthouse, giving the two companies the ability to issue digital assets and exchange them on their platforms.

Sberbank said it would use blockchain technology that guarantees the safety of digital transactions and would allow companies to issue their own digital assets, purchase those issued within Sberbank’s system and make other transactions.

Sberbank Chief Executive German Gref in late 2020 said the bank was teaming up with JP Morgan to prepare its own cryptocurrency, called Sbercoin, but it has yet to launch.

A financial market source, speaking before the Ukraine crisis unfolded, told Reuters in February that Sberbank was actively preparing to launch Sbercoin.

Unprecedented Western sanctions have hit the heart of Russia’s financial system over events in Ukraine and Sberbank was among the companies targeted. It was unclear how sanctions and the crisis might affect Sbercoin’s launch, or Sberbank’s partnership with JP Morgan.

Sberbank did not immediately respond to a request for comment on Sbercoin.

Fearing cryptocurrencies may threaten Russia’s financial stability, citizens’ wellbeing and its monetary policy sovereignty, the central bank has clashed with the finance ministry, which would prefer to regulate the crypto industry in Russia.