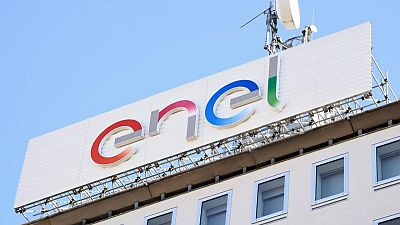 MILAN -Europe’s biggest utility Enel followed in the steps of other energy companies on Thursday by flagging its intention to reduce its exposure to Russia.

“We have decided we cannot deploy more growth in Russia and are also exploring scenarios for the future of existing assets,” Chief Executive Francesco Starace said in a call on results.

Enel, whose biggest shareholder is the Italian state, operates in Russia through Enel Russia, which runs three gas-fired power plants with a capacity of 5.7 gigawatts. It also has two wind power farms.

“Clearly it’s a situation we would like to have a decision about in the next few months,” Starace said. The group said it had zero supplies of gas from Russia.

Moscow’s invasion of Ukraine has caused a mass exodus of Western energy groups from Russia even though no sanctions have forced such divestments.

On Wednesday German utility E.ON pared its Russian exposure, saying it would no longer buy gas from Gazprom trading companies.

Enel owns 56% of Enel Russia. In January, Starace was one of several Italian businessmen present in a video conference linkup with Russian President Vladimir Putin despite a call from Rome for them not to attend.

Since the Feb. 24 invasion, Italy has been scrambling to find alternative supplies of gas and liquefied natural gas (LNG) to help replace Russian flows that account for some 40% of needs.

“We can offer this project to any investor interested,” he said, adding while Enel would not be a full or long-term owner it could step in partially to help early stage development.

Earlier on Thursday Enel hiked its dividend after reporting a 7.6% rise in 2021 net profits to meet expectations and guidance.

Investments for the year rose 27.5% to 13 billion euros as it rolled out 5.1 gigawatts of new renewable power capacity, a new annual record.

The company, which controls Spanish utility Endesa, is counting on green power and networks to drive growth as it looks to have a fully green power generation portfolio by 2040 when it plans to be carbon free.