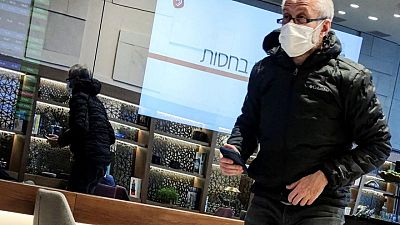 LISBON – An inquiry into the granting of Portuguese citizenship to Russian oligarch Roman Abramovich has led to the opening of disciplinary proceedings against employees involved in the process, Lusa news agency reported on Tuesday.

The Russian billionaire was granted Portuguese citizenship in April 2021 based on a law offering naturalisation to descendants of Sephardic Jews who were expelled from the Iberian peninsula during the mediaeval Inquisition.

There is little known history of Sephardic Jews in Russia, although Abramovich is a common surname of Ashkenazi Jewish origin.

The inquiry by the Institute of Registries and Notary (IRN), which provides nationality and passport services, was launched in January amid criticism from some activists, commentators and politicians who said the law must be reviewed as they believed it was being used by Russian oligarchs to get a foothold in the EU.

IRN, which did not immediately reply to a Reuters request for comment, told Lusa that, following the initial investigation, disciplinary proceedings were opened but said details of it were confidential.

It did not say on how many employees were targeted.

A second inquiry into the granting of citizenship to Abramovich was opened in January by the Portuguese prosecutor’s office and his citizenship could be stripped depending on its outcome.

A rabbi responsible for issuing a document needed to obtain citizenship was arrested last week.

Abramovich was among several Russian billionaires added on Tuesday to an EU blacklist after being a target of British sanctions last week.

Abramovich, the owner of Britain’s Chelsea soccer club, flew to Moscow in his private jet on Tuesday.

Earlier on Tuesday, Portuguese Foreign Minister Augusto Santos Silva said Portugal would implement restrictive measures against Russian oligarchs agreed at EU level even if those sanctioned by the bloc were Portuguese citizens.

“These sanctions are supported by Portuguese authorities and (will be) scrupulously enforced,” Santos Silva told parliament.