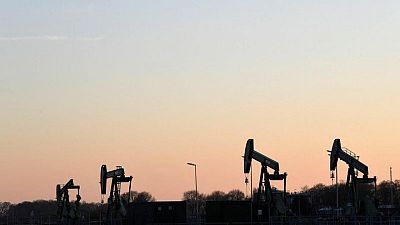 By Ludwig Burger and Thomas Escritt

BERLIN – Wintershall Dea AG said on Tuesday Russian oligarch German Khan, who was sanctioned by the European Union, was stepping down from its board, causing further upheaval at the German oil company with several ties to Russia.

Wintershall Dea said its business activities would be unaffected by the move but it was examining whether LetterOne’s shareholding would be affected.

The oil and gas producer is a joint venture of German chemicals giant BASF and LetterOne, the holding company controlled by Russian oligarch Mikail Fridman, who is also linked to Russian President Vladimir Putin and who was sanctioned by the EU last month.

“No confidential information regarding Supervisory Board topics will be shared with German Khan any longer,” Wintershall Dea said in a statement.

Khan, alongside Chelsea football club owner Roman Abramovich, was among a new list of business leaders whose assets were frozen by the EU for supporting the Russian state.

That was part of new sanctions against Russia for its invasion of Ukraine, including bans on Russian energy sector investments, luxury goods exports to Moscow and imports of steel products from Russia.

Khan was also among three LetterOne shareholders who last week quit as directors from the London-based investment group they co-founded with oligarch Mikhail Fridman as it tries to distance itself from Russia.

“With regard to the most recent inclusion of German Khan to EU and UK sanctions lists, it is being examined whether this has further consequences for LetterOne as shareholder of Wintershall Dea AG,” the company added. “As a matter of precaution, all payments to LetterOne will be stopped for the time being.”

BASF holds 67% of the voting rights in Wintershall Dea, or a total stake of 72.7% when non-voting preference shares are taken into account, with the remainder held by Letter One.

Announcing the sanctions, the EU described Khan as “believed to be one of the most influential persons in Russia” who, like Fridman, “maintains a close relationship with Vladimir Putin and continues to trade significant favours with him.”

Wintershall Dea, which has had a large oil and gas exploitation business in Russia, was also a major financial backer of the Nord Stream 2 gas pipeline, which was blocked from going into operation by German Chancellor Olaf Scholz shortly before Russia’s invasion of Ukraine last month.

Wintershall Dea, which has relied on Russia for nearly half of its oil and gas production, earlier this month stopped payments to Russia and wrote off its 1 billion euro ($1.1 billion) financing in Nord Stream 2.