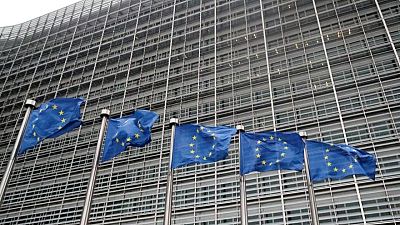 BRUSSELS -European Union countries should immediately start refilling their gas stores to prepare for next winter and provide a buffer against supply shocks, EU country leaders will say at a summit next week.

Russia’s invasion of Ukraine prompted leaders from the EU’s 27 member countries to agree last week to phase out their reliance on Russian fossil fuels, including by ramping up liquefied natural gas (LNG) imports and speeding up deployment of renewable energy.

A total phase-out will take years, however, so countries are also planning measures to mitigate potential disruptions to supply from Russia, which provides 40% of the EU’s gas, 27% of its oil imports and 46% of coal imports.

“Refilling of gas storage across the Union should start now. Member States and the Commission will urgently coordinate measures necessary to ensure adequate levels of gas storage before the next winter,” said a draft of the conclusions for an EU leaders summit on March 24-25, seen by Reuters.

The European Commission will propose rules by next month requiring EU countries to collectively ensure gas stores are at least 90% full by Oct. 1 each year. The EU leaders’ draft statement said they would “take forward” that proposal.

With high energy prices driving up bills for citizens across Europe, EU leaders will also discuss new measures to cushion consumers and businesses from the costs.

European gas prices soared to fresh record highs this month after the invasion, which Russia calls a “special military operation.” That price spike followed months of already-high energy costs that most EU countries are trying to tackle with emergency subsidies and tax breaks.

The Commission will publish a detailed plan in May for EU countries to drop Russian gas, oil and coal by 2027. A initial plan, published last week, included a large increase in LNG imports and tripling EU wind and solar energy capacity by 2030.

But while EU countries have rallied behind the aim to abandon Russian fossil fuels, they are split over whether to sanction Russian oil and gas. The United States, which relies less on Russian fuels, banned imports of them last week.

Germany and Hungary are among the EU countries opposed to sanctions, which they say would cause economic damage. Supporters, such as Poland and Latvia, say the hundreds of millions of euros Europe sends Russia per day for energy supplies is financing the war.