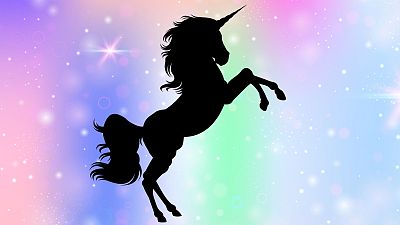 Viva Technology has unveiled Europe’s "Top 100 Next Unicorns", its annual list of the continent's most promising scale-ups   -   Copyright  Canva
By Natalie Huet  •  Updated: 16/03/2022

Viva Technology has unveiled Europe’s "Top 100 Next Unicorns," its annual list of the most promising scale-ups with the potential to be worth $1 billion (€900 million) or more in the near future.

The organisers of France’s biggest tech conference have strong flair and influence in the sector, as more than 40 per cent of the companies, they have nominated since 2019 have since become unicorns.

The 2022 list, compiled in partnership with tech investment firm GP Bullhound, spans 12 European countries as well as the UK and Israel.

The three regions with the most potential unicorns are the UK, with 24 scale-ups shortlisted, followed by France and Germany with 17 scale-ups each.

So far, the companies have raised on average €112 million each, for a total of more than €10 billion.

The three sectors with the most potential unicorns are enterprise software-as-service (SaaS), digital media, and e-commerce.

The key criteria to make it onto the list are growth, velocity and growth potential, funds raised, growth in employee numbers, geographical distribution, and the ability to have a positive impact on society.

More than 40 per cent of companies listed this year have a “for good” business model.

She added that it was becoming more and more challenging each year to select just 100 potential unicorns "given the exponential trajectory" of European start-ups over the past year.

"We can be really proud of the ecosystem we have built, and the strength and calibre of this year’s Top 100 list demonstrates that this is only the beginning of another impressive year for European tech".

The most promising scale-ups in various categories will be awarded the Next Unicorn Awards 2022 at VivaTech in Paris in June.