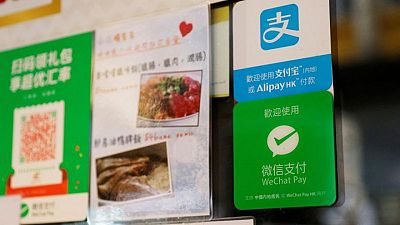 – Alibaba Group and Tencent Holdings are preparing to cut tens of thousands of jobs combined this year in one of their biggest layoff rounds as the internet firms try to cope with China’s sweeping regulatory crackdown, sources said.

While Alibaba is yet to specify a group-wide target for the layoffs, China’s biggest e-commerce company could ultimately axe more than 15% of its total workforce, or about 39,000 staff, estimated one of the sources with knowledge of the company’s plans.

Tencent, the owner of China’s dominant messaging app WeChat, also plans to make employees redundant this year in some of its business units, said three separate sources with knowledge of the matter. Its unit overseeing businesses including video streaming and search will see a 10%-15% headcount cut this year, said one of the three people.

Alibaba and Tencent did not immediately respond to a request for comment.

The job cuts at the two companies would be their first major layoffs since Chinese regulators launched an unprecedented campaign a year-and-a-half ago to rein in its internet giants after years of laissez-faire approach that drove growth at breakneck speed.

The regulatory crackdown, coupled with a slowing economy, has sharply slowed sales growth for most of the internet companies, smashed their share prices, and made new capital raising and business expansion much tougher in the world’s second-largest economy, forcing companies such as Alibaba and Tencent to look for ways to cut operating costs.

Alibaba started to fire employees last month, the first source said. It discussed job cuts with several business units last month and left it to them to make specific plans, the source added.

Some business units have moved fast since then.

Its local consumer services segment, which includes food delivery business Ele.me and other groceries delivery and mapping services, intends to lay off up to 25% of its employees, said the second source.

The company’s video streaming unit Youku is planning layoffs too, according to another source. That includes the planned dismissal of a team responsible for producing shows for kids, the source said.

Alibaba reported in February its slowest quarterly revenue growth since going public in 2014, hit by a fall in sales at its core business segment and intensifying competition. Its stock has tumbled more than 60% since the beginning of last year.

The company has been under pressure since late 2020 when its billionaire founder Jack Ma publicly criticised China’s regulatory system, triggering a chain of events that saw Beijing slapping the firm with a record $2.8 billion fine and introducing a series of new rules for its internet sector.

Alibaba, whose total headcount more than doubled to 251,462 last year from 2019, won’t be wielding the jobs axe indiscriminately. Two separate sources said staff at growth engine Alibaba Cloud have not been informed of layoffs yet.

According to the sources with knowledge of Tencent’s plan, layoffs at the company are also set to start at its less profitable or loss-making businesses such as Tencent Video and Tencent Cloud.

During an internal meeting at Tencent at the end of 2021, chief executive Pony Ma told staff that the company should prepare itself for a “winter”, according to two other sources who said this prompted insecurity among some staff about their jobs.

Tencent had 94,182 employees as of June last year compared with 70,756 a year earlier, according to its 2021 interim report. (For an interactive graphic on Chinese tech giants, click https://tmsnrt.rs/3w7z4oF)

China’s biggest ride-hailing firm Didi Global Inc is also planning to reduce its overall headcount by as much as 15% as its domestic business has been impacted by the crackdown, said another person with direct knowledge of the matter.

Didi, which has been subjected to a cybersecurity probe after its $4.4 billion New York listing last year, aims to complete the layoffs by the end of March, said the source.

Didi did not immediately respond to a request for comment.