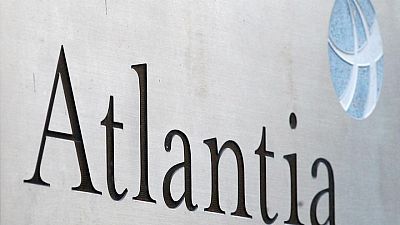 By Giuseppe Fonte and Angelo Amante

ROME – Italy’s audit court wants more clarification from the government before approving the sale of Atlantia’s unit Autostrade per l’Italia (ASPI), sources told Reuters, in a move that complicates a deal worth more than 8 billion euros ($8.80 billion).

Atlantia signed an agreement in June to sell its controlling stake in Autostrade to a consortium comprising state lender Cassa Depositi e Prestiti (CDP) and investment funds Blackstone and Macquarie.

A so-called precautionary legitimacy check from the audit court is needed before finalising the deal.

Its magistrates are seeking more details from the government and have asked top officials to appear before them on Thursday, two sources close to the matter told Reuters asking not to be named due to the sensitivity of the matter.

This means responses to queries from the court were not considered sufficient, one of the sources said, without providing details on what its objections were.

The transport ministry did not respond to a request for comment.

Last week the government replied to some of the issues raised by the court. The second source said Rome was stepping up efforts to secure the court’s green light.

Under the Italian law, the court normally adjudicates on whether state agencies have followed correct procedures, without entering into the merits of projects.

In most instances the court rubber stamps the government’s plans, but its objections can sometimes be hard to overcome. Last year, for example, it scuppered the launch of an Italian COVID vaccine.

Atlantia, controlled by the Benetton family, said it expected the audit court to clear the sale of Autostrade in the next few weeks and then it would take up to 30 days to close the deal.

The sale of Aspi is the latest development of a dispute between Atlantia and the Italian authorities that started in 2018 after the collapse of a motorway bridge in which 43 people died.

Autostrade per l’Italia has proposed to pay 1 million euros as a settlement and 26 million euros in compensation to the Italian state for a case, while sister company SPEA has offered 810,000 euros.