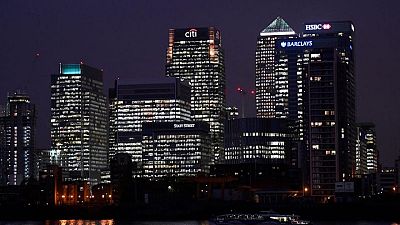 LONDON – Rules forcing Britain’s banks to wrap their retail arms with a bespoke cushion of capital should be retained for now, though they could “ossify” the sector in the longer term if left unchanged, an independent review for the finance ministry said on Tuesday.

The’ring-fencing’ rules were introduced for banks with deposits of over 25 billion pounds ($32.6 billion) to insulate accounts from any blow-ups in separate investment banking activities, a lesson from the financial crisis when taxpayers had to bail out banks.

Banks wanted the rules, applied by seven lenders, including HSBC, Barclays, Lloyds and NatWest, to be dismantled, saying they risk harming competitiveness.

The review, chaired by Keith Skeoch, said the rules have improved resilience of retail banking, though they need to be more adaptable for simpler lenders.

The 25-billion-pound threshold should remain but its application made more flexible so that less complex banks would be exempt from ring-fencing, even if they hold deposits above this amount, the review said.

“Ring-fencing has to date had some impact on banking competition and competitiveness but has not been the main driver in any of these areas,” the review said.

The benefits of ring-fencing will diminish with time as separate ‘resolution’ rules for dismantling a failing bank and moving accounts to another lender, become embedded.

As regulators become comfortable with the ability of the resolution rules to work well, they will also become confident in continuity of retail services without the structural separation of ring-fencing, the review said.

“Our main recommendation would change the scope of the regime in the longer term by giving the authorities more flexibility and a new power in their toolkit to remove banks from the ring-fencing regime that are judged to be resolvable,” Skeoch said in the review’s foreword.