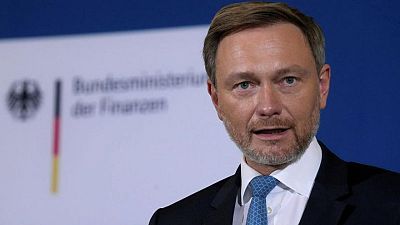 BERLIN – Germany should rethink its ban on allowing new drilling for oil and gas in the North Sea as it tries to reduce its dependence on Russian energy due to the invasion of Ukraine, Finance Minister Christian Lindner said on Sunday.

Under the coalition deal between Chancellor Olaf Scholz’s Social Democrats, the Greens and Lindner’s Free Democrats (FDP), Germany will not grant any new permits for oil and gas drilling in the North Sea beyond the existing framework.

“We have to question the decision in the coalition agreement,” Lindner told the Tagesspiegel newspaper. “Due to global market prices developments, this looks more economical.”

Germany, which depends on Russia for two thirds of its natural gas imports, is urgently trying to boost alternative energy sources, including building its first liquefied natural gas (LNG) terminal. Lindner, however, said at least for a transitional period, Europe’s biggest economy will still need oil and gas.

“Against the changed geopolitical background, I think it is advisable to examine the entire energy strategy of our country without any prohibitions on thinking,” he said.

Despite the sharp rise in fuel prices at petrol stations, Lindner rejected a temporary cut in sales tax from 19% to 7% for petrol and diesel, as suggested by some politicians.

“If the conservatives call for a fuel price brake, they must say what they want to cut in the budget. Or admit they are prepared to take on new debt for this,” he said, adding he was also against introducing a speed limit on German motorways.