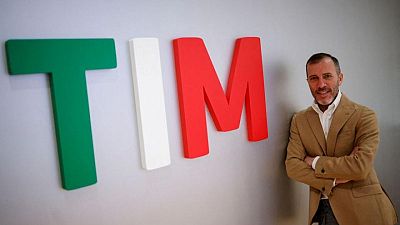 MILAN – Telecom Italia’s board meets on Sunday to give its long-delayed response to a 10.8 billion euro ($12 billion) takeover approach from U.S. fund KKR amid mounting pressure to enter talks after an in-house turnaround plan failed to convince investors.

KKR made the non-binding offer last November to take the former phone monopoly private at a price of 0.505 euro per share. Telecom Italia (TIM) shares are now trading at 0.30 euro, after touching a record low of 0.22 euro on Monday.

The choice facing TIM appears simple enough – agree to talks with the U.S. private equity fund or reject its approach.

However, a compromise is also possible whereby TIM, whose leading shareholder Vivendi sees the approach as undervalued, seeks to enter talks on deepening existing cooperation with KKR while remaining independent.

KKR has been left on hold for more than three months as debt-laden TIM, in which state lender CDP is also a major investor, has been caught in its latest boardroom crisis.

Backed by Vivendi, Labriola said KKR‘s intentions for TIM were broadly similar but he was convinced doing it internally could generate more value for investors.

Labriola’s strategy received unanimous support from the board of directors but some independent members representing institutional investors are wary of dismissing KKR out of hand.

Some minority investors are also pressing the company to engage with KKR. The fund is seeking the backing of the company and the government, as well as a four-week due diligence process before it formalises a bid.

KKR is already involved with TIM, having paid 1.8 billion euros last year for a 37.5% stake in its secondary network.

Goldman Sachs and LionTree, advisers for the TIM board of directors, are due to complete a review of KKR‘s proposal weighed against TIM‘s in-house overhaul by the weekend.

Labriola’s plan would facilitate a long-mooted merger of TIM‘s fixed assets network with those of fibre optic rival Open Fiber, a move advocated by CDP which owns a 10% stake in TIM and controls Open Fiber.

Under such a scenario, TIM‘s investors could see an upside of 1 euro a share versus the current set up, two sources familiar with the matter said.