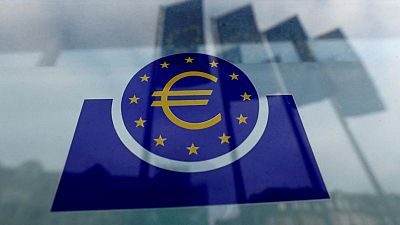 FRANKFURT – The European Central Bank raised its inflation projections on Thursday but cut its growth outlook as the conflict in Ukraine is likely to keep commodity prices high, sapping households’ purchasing power and firms’ ability to invest.

The ECB now sees inflation at more than twice its 2% target this year, with price growth holding above its objective next year too, ECB President Christine Lagarde told a news conference.

The Russia-Ukraine war “will have a material impact on economic activity and inflation through higher energy and commodity prices, the disruption of international commerce and weaker confidence,” Lagarde warned.

“The extent of these effects will depend on how the conflict evolves, on the impact of current sanctions, and on possible further measures.”

But she said the ECB Governing Council “sees it as increasingly likely that inflation will stabilise at its 2% target over the medium term”.

As inflation exceeded the target in 2021, the projections suggest at least three years of overshoots, a reversal from the previous decade, when the bank struggled to rekindle anaemic price growth.

The ECB‘s projections have proved unreliable over the past year and policymakers have expressed doubts about the accuracy of its models as they failed to predict the spike in prices even before Russia’s invasion of Ukraine began on Feb. 24.

Sky-high commodity prices will be a drag on growth, however, holding back an economy which has barely recovered from a deep, pandemic-induced recession.

The following are the ECB‘s quarterly growth and inflation projections through 2024. Figures in brackets are previous forecasts from December.

The ECB targets inflation at 2%.