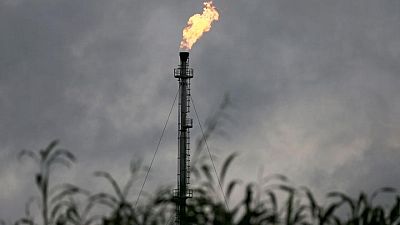 By Sabrina Valle and Arathy Somasekhar

HOUSTON – Developing countries should not have to target renewable energy sources and turn away from fossil fuels, Nigerian and Equatorial Guinea energy officials said on Wednesday, joining other emerging oil-producing nations reluctant to embrace the global energy transition trend.

Some 900 million people in the world, most of them in Africa, still have no access to energy for basic needs, Nigeria’s oil Minister Timipre Marlin Sylva said on Tuesday during the CERAWeek energy conference in Houston.

“We are still in transition from firewood to gas,” Sylva said. “Please allow us to continue with our own transition.”

Equatorial Guinea Minister of Mines and Hydrocarbons Gabriel Obiang Lima echoed concerns, saying the pressure over renewables is “very unjust”, with a discussion on how to transition only possible after the energy security crisis is over.

Other countries with oil discoveries still in development, including Ghana, Guyana and Suriname, also have said they cannot be expected to give up the chance to benefit from oil and gas that helped build more developed economies.

“They want all of us, including those of us without food, to carry the burden of transition,” Nigerian National Petroleum Corporation (NNPC) general manager Bala Wunti said.

Nigeria is now facing a double blow from high prices of gas for cooking that it imports and lack of investment in its oil industry, Sylva said, as banks and funds have been pushing to restrict investment in oil globally to cut greenhouse gas emissions and fight climate change.

In past years, Nigeria had to cut oil production from 1.8 million barrels per day (bpd) to less than 1.5 million bpd due to lack of financing to maintain its facilities, Sylva said.

That lost production could have helped contribute to global supply as the world now seeks alternatives to Russian oil after buyers halted purchases over its invasion of Ukraine, he said. Russia calls its actions in Ukraine a “special operation”.

Investors backing renewable fuels have cut financing for oil projects, reducing production of oil, gas and coal faster than renewable sources of energy could replace them, pushing prices up, he said.

“It was expected we were going to arrive at this point where we have an energy crisis,” Sylva said. “There is a gap.”