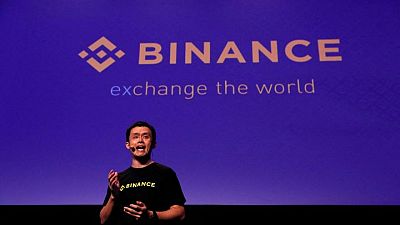 LONDON – The chief executive of crypto exchange Binance discussed buying Russian billionaire Roman Abramovich’s Premier League soccer club Chelsea but has ruled out any such deal, a spokesperson for Binance has told Reuters.

Changpeng Zhao spoke with the Raine Group, the U.S. investment bank representing Chelsea on the sale, but declined to pursue it as owning a soccer club is not one of his priorities, the spokesperson said.

Abramovich put Chelsea up for sale last week after Russia’s invasion of Ukraine triggered an international backlash against businessmen with close ties to Russian President Vladimir Putin. Abramovich has denied having such ties.

Binance, the world’s largest cryptocurrency exchange, has several ties to the soccer world. It sponsored the Africa Cup of Nations tournament, and also sponsors the Argentinian national team and Italian Serie A side Lazio.

Raine did not immediately respond to a request for comment. Chelsea, current European and World Club Cup champions, have declined to comment on the sale.

Abramovich expects the West London club to fetch more than 3 billion pounds ($4 billion), people familiar with the matter have said. Abramovich bought Chelsea in 2003 for a reported 140 million pounds.

The sale has attracted interest from suitors including U.S. billionaire Todd Boehly, who owns stakes in the LA Dodgers baseball club and LA Lakers basketball team. Boehly has teamed up on a bid with Swiss billionaire businessman Hansjorg Wyss, sources have said. Boehly and Wyss have declined to comment.

Sources have said it may take about a month to agree to a sale with a successful bidder. Abramovich has said the proceeds from the sale will go to support the victims of the war in Ukraine.