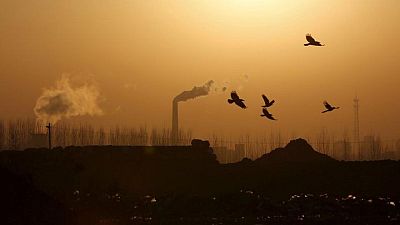 By Susanna Twidale and Nina Chestney

LONDON -Global energy-related emissions of carbon dioxide rose to their highest ever level last year as economies recovered from the coronavirus pandemic and coal use increased, the International Energy Agency (IEA) said on Tuesday.

“The world must now ensure that the global rebound in emissions in 2021 was a one-off – and that an accelerated energy transition contributes to global energy security and lower energy prices for consumers,” the IEA said in a statement.

China, which the IEA said was the only major economy to experience growth in both 2020 and 2021, was the largest driver of the rise in emissions.

The country’s coal-fired generation reached an all-time high, jumping 13% above its 2020 level. This was partly because the growth of renewables slowed to a third of the average rate seen over the previous five years, the IEA said.

A surge in gas prices in Europe and the United States also contributed to the rise in global emissions, making it more profitable for power generators to burn coal which emits double the amount of carbon dioxide as gas-powered power plants.

“Gas-to-coal switching pushed up global CO2 emissions from electricity generation by well over 100 million tonnes, notably in the United States and Europe where competition between gas and coal power plants is tightest,” the IEA said.

In the United States, CO2 emissions were 4% below their 2019 level last year, while in the European Union they were 2.4% lower.