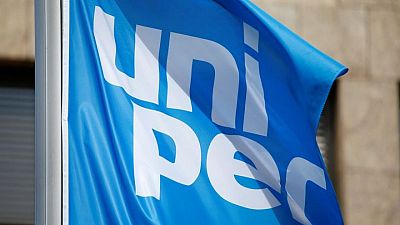 FRANKFURT -Shares in German utility Uniper gave up earlier gains to close flat after the group signalled an exit from Russia and wrote down its exposure to the Nord Stream 2 pipeline, key areas of investor concern since Moscow’s invasion of Ukraine.

Shares in Uniper had soared as much as 9.1% earlier on the news, while Finnish parent Fortum, which holds 78% in Uniper, had gained as much as 6.9%. Shares in both firms closed virtually flat.

“We have to put our business on a new footing,” Harald Seegatz, deputy chairman of Uniper’s supervisory board, told Reuters. “Security of supply is the highest priority.”

This includes pushing ahead with plans for a terminal to import liquefied natural gas in the German port of Wilhelmshaven, which Seegatz said could be available from the 2023/24 winter season if the government provides sufficient support and red tape is reduced.

Fortum and Uniper are heavily exposed to Russia, where they have 12 power plants with a combined power generation capacity of 15.5 gigawatts. Uniper also owns an 83.7% stake in Russian utility Unipro, which it intends to divest.

Their combined Russian generation assets as well as the 1 billion euro ($1.1 billion) exposure to the Nord Stream 2 pipeline had a book value of about 5.5 billion euros, Fortum has said.

Berlin has halted the Nord Stream 2 pipeline project, which would have doubled Russian gas flows to Germany, following Russia’s invasion of Ukraine, which Moscow calls a “special operation”.

Unipro said late on Monday that it had initiated a sales process for its Unipro stake at the end of last year, although those plans were now on hold given recent events. They would be resumed as soon as possible, it said. Its stake in Unipro is currently worth 97 billion roubles ($770 million).

Sources told Reuters last year that Uniper has held talks with Russia’s InterRAO about a potential deal involving Unipro which laid bare differences between the two parties about price.