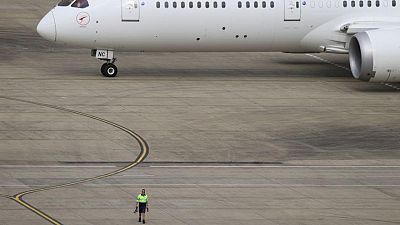 SYDNEY -Qantas Airways Ltd expects airfares will need to rise to cover the cost of higher fuel prices as its oil hedging contracts expire, its chief executive said on Tuesday.

Qantas has hedged 90% of its fuel needs through the end of June and 50% in the following quarter, Chief Executive Alan Joyce said.

“(Hedging) gives us time to react to that higher fuel price,” he said at a conference hosted by The Australian Financial Review. “If we stay at these levels, airfares are going to have to go up.”

Oil prices, which touched 14-year highs on Monday, see-sawed on Tuesday as the United States considered acting alone to ban Russian oil imports rather than teaming up with allies in Europe.

Qantas shares were steady in afternoon trade on Tuesday, following an 8% fall on Monday.

Joyce said based on current oil prices, Qantas would need to raise revenue per available seat kilometre – an industry measure mixing fares and the percentage of seats filled – by 7%.

“Seven percent is not massive but it will have an impact on some levels of travel out there,” he said.

Demand for international flights was strong in key destinations, with demand for tickets between Australia and London and Australia and Los Angeles higher than before the pandemic, he said.

Jefferies analyst Anthony Moulder said in a note to clients that Qantas was well positioned to raise fares and to slow capacity additions in response to higher oil prices.