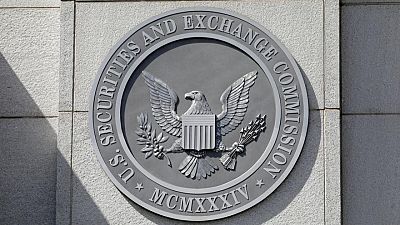 By Katanga Johnson and Jarrett Renshaw

WASHINGTON -The U.S. Securities and Exchange Commission (SEC) plans to propose its landmark climate risk rule as early as next Wednesday, March 16, said two people familiar with the agency’s planning.

One of the people, who spoke anonymously about private agency plans, said the Wall Street regulator is “committed” to issuing the proposal by month end.

Last year, the SEC began working on its new measure that would require U.S.-listed companies to provide investors with detailed disclosures on how climate change could affect their business.

The move to issue the rule, which would be subject to public consultation, comes after a number of delays. The SEC initially said it would publish a draft in October, but Chair Gary Gensler subsequently pushed that deadline to January.

At issue: the agency was trying to decide whether it should require companies to disclose not only their own greenhouse gas emissions, but those generated by their suppliers and other partners. Media reports last month highlighted that the commissioners were divided on how far to go, Reuters previously reported.

Last month, however, lawmakers, including Democratic U.S. Senator Elizabeth Warren, criticized the agency and called for “quick action” on the issue.

Corporate groups have said they will continue to push for a narrower final rule that will make it easier and less expensive to gather and report emissions data, and which will protect them from being sued over potential mistakes.

Advocates, however, will likely herald the agency’s measure.

“Investors and asset managers can only make sound investing decisions when they have standardized and comparable information about companies’ greenhouse gas emissions.”