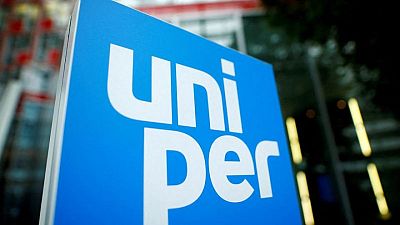 By Christoph Steitz and Victoria Waldersee

FRANKFURT -German utility Uniper on Monday became the latest firm to write down its financial exposure to the suspended Nord Stream 2 pipeline project and unveiled a sales process for its Russian subsidiary in response to Moscow’s invasion of Ukraine.

Berlin has halted the Nord Stream 2 Baltic Sea pipeline project, which would have doubled Russian gas flows to Germany, following Russia’s invasion of Ukraine, which Moscow calls a “special operation”.

Uniper, in which Finland’s Fortum owns 78%, had so far held out taking more drastic measures in response to the Ukraine crisis due to its large exposure to Russia and the fact that it one of the top importers of Russian gas.

“Especially in light of our long-standing business relations with Russia, we are both shocked and moved by these unprecedented developments,” Uniper Chief Executive Klaus-Dieter Maubach said.

The group said its 2022 outlook would not be affected.

Uniper said it had initiated a sales process for its Russian division Unipro, in which it holds a 83.7% stake, at the end of last year, adding it has been put on hold given recent events but would be resumed as soon as possible.

Uniper will not make any new investments in Russia or enter into new long-term supply contracts for natural gas in the country, it said. Still, it will continue to fulfil its existing contracts.

The company also said it has decided not to extend its Russian coal supply contracts, which run until 2022, and that it would resume plans for a liquefied natural gas terminal in Wilhelmshaven in a bid to diversify Germany’s energy supply.

Uniper will also seek to extend an undrawn 2 billion euro credit line from German state lender KfW that expires at the end of April.