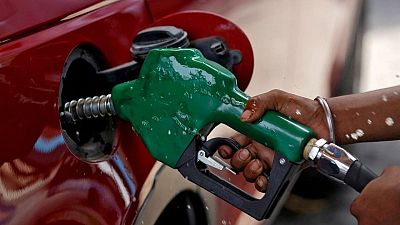 MUMBAI – Indians are stocking up vegetable oil and fuel, fearing that Russia’s invasion of Ukraine may cause an edible oil shortage, while a rally in global crude oil prices may lead New Delhi to aggressively raise fuel prices as elections conclude in key states.

“On WhatsApp, I read messages that there could be cooking oil shortages because of the war. So, I rushed to buy,” said Mumbai-based housewife Rekhana Khan, who bought 10 litres of edible oil, double her usual monthly purchase of 5 litres.

A more than 20% jump in edible oil prices in less than a month and fake viral messages regarding shortages on social media have triggered panic buying in India, which fulfils more than two-thirds of its cooking oil demand through imports.

India imports more than 90% of its sunflower oil from Russia and Ukraine, though sunflower oil accounts for about 14% of its total edible oil imports.

Supplies of other edible oils – such as palm, soy, rapeseed oil and ground nut – are sufficient and there is no need to panic, said B.V. Mehta, executive director of the Mumbai-based Solvent Extractors’ Association of India.

Meanwhile, state-run oil companies, which control the domestic market, have not raised prices since Nov. 4, amid drawnout elections in several key states including India’s most populous state Uttar Pradesh, where Prime Minister Narendra Modi’s Bharatiya Janata Party is in power.

With voting done for the seventh and final phase of the Uttar Pradesh assembly elections on Monday, consumers fear the government will now move to increase prices as early as Tuesday.

Swapnil Phadtare, a farmer from the western state of Maharashtra, said he was stocking up diesel as domestic media reports said there could be a 15-20-rupee-per-litre hike in fuel prices in the wake of the elections.

“Harvesting of winter-sown crops will start shortly. We need lots of diesel during this period. To save money I decided to buy like other farmers in my village,” Phadtare said.

On Monday, oil prices spiked to their highest since 2008 as the United States and European allies weighed a Russian oil import ban and as delays in the potential return of Iranian crude to global markets fuelled supply fears.