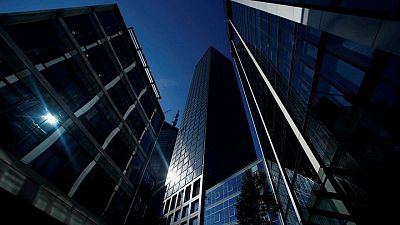 LONDON – Banks need to be given more guidance on how to sever ties with Russia because they have never before had to process sanctions on a country so integrated with the West, industry officials said on Monday.

Britain, the European Union, the United States and other G7 countries have agreed on sanctions to sever the Russian economy’s links to the international financial system.

“We are in uncharted territory in using sanctions against a country so integrated with the West,” said Tom Keatinge, director of the Centre for Financial Crime and Security Studies at the Royal United Services Institute.

Keatinge told Britain’s parliamentary Treasury Select Committee that governments cannot introduce “sanctions on the hoof” and then rely on the private sector to implement them without proper guidance.

While the United States is the “gold standard” for providing guidance on sanctions, Keatinge said Britain’s sanctions office OFSI has been faced with an unprecedented workload for a new, post-Brexit body.

The lack of detail has led to most market participants simply putting a “red line” through anything linked to Russia to be on the safe side, Keatinge said.

“We need detail, we cannot continue to have generalisations … There is quite a lot of self-sanction,” he added.

Justine Walker, head of global sanctions and risk at the Association of Certified Anti-Money Laundering Specialists said the ambiguities made it harder for banks and asset managers to quickly close Russian positions worth billions of pounds.

“There are a whole lot of unknowns everyone is trying to work through,” she said, adding that some would need more time.

Natasha De Teran, a payments policy expert and former head of corporate affairs at SWIFT, told lawmakers that banks excluded from the messaging system would find workarounds, such as using fax machines to instruct a payment. But those would be risky and cumbersome, she added.

Some Russian banks, such as its biggest lender Sberbank, are not being disconnected from SWIFT for now because it plays a key part in handling payments for Russian energy, Moscow’s biggest export, on which some EU countries are heavily dependent.

“… If you were to remove Sberbank from messaging and expect energy to carry on working, that would be very compromised,” De Teran said.

Keatinge said it has become a “very unhelpful metric” that Britain’s performance on sanctions was being judged by the number of oligarchs it was targeting, but added that “the UK is not progressing well in contrast to our peers”.