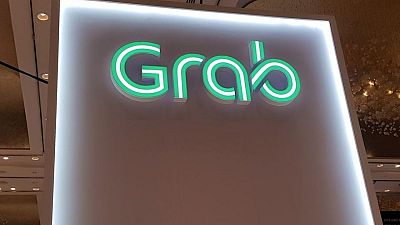 – Shares in Grab tumbled 37% on Thursday after Southeast Asia’s no. 1 ride-hailing and food delivery firm posted a $1.1 billion quarterly loss and a worse-than-expected drop in revenue, hit by promotional offers and higher driver incentives.

Singapore-based Grab Holdings Ltd has poured money into incentives to attract drivers as ride-share demand recovers from pandemic lows, and also offered aggressive food-delivery promotions as people began to dine out more with the easing of COVID-19 restrictions.

But the incentives ate into sales in the fourth quarter ended Dec. 31 – the first it has reported as a public company -which slumped 44% to $122 million.

“We plan to be judicious and disciplined in allocating capital, as we double down on the long-term growth opportunities of our on-demand, advertising and financial services businesses,” Chief Financial Officer Peter Oey said in a statement.

Grab is fighting to retain its market-leader position in the face of stiffer competition from GoTo, a company formed by the merger between ride hailing app Gojek and e-commerce firm Tokopedia, as well as Southeast Asian tech firm Sea Ltd.

Shares of Grab skidded to their lowest ever on Thursday at $3.09, wiping off more than $7 billion from its market value.

Since going public in December after a $40 billion merger with a blank check firm, Grab’s stock has shed nearly three-quarters of its value.

Grab said it expects GMV growth between the second and fourth quarters of 2022 to jump 30% to 35% year-on-year, and predicted it would break even on an adjusted EBITDA basis in its food delivery unit by the first half of next year.

“We believe the 30% sell-off in share price is unwarranted,” Citigroup analysts said in a note, adding that broad market weakness amid geopolitical instability might have prompted some investors to cut losses.

Revenue from Grab’s mobility unit, which accounted for 86% of overall sales, declined 27% in the quarter. Revenue from its food delivery services unit plunged 98%.