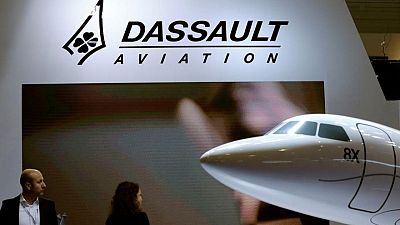 -France’s Dassault Aviation said on Friday it expected to post lower sales this year than in 2021, as it reported a steep rise in annual earnings fuelled by higher deliveries of its warplanes.

The maker of Rafale fighter jets saw its operating income more than double to 527 million euros ($580.33 million) from 261 million in 2020, while net sales climbed to 7.23 billion euros from 5.49 billion the previous year.

Chief Executive Eric Trappier said 2021 had been an “exceptional” year for Dassault’s order intake, though the period had been marked by inflation and supply chain disruptions.

Dassault said its order intake jumped to 12.1 billion euros last year, including previously reported orders for 51 Falcon business jets and 49 Rafales, of which 37 were for export.

Defence intake fuelled the jump, accounting for some 9.2 billion euros of order intake, up from 1.5 billion in 2020.

Dassault noted that no agreement had yet been reached with Airbus on the next phase, 1B, of the Franco-German-Spanish fighter project known as FCAS.

Dassault’s objective is to make a decision on the next-generation manned and unmanned future combat system this year, it added in the results statement.

The value of Dassault’s stock has soared by nearly a fifth since Russia launched its invasion of Ukraine nine days ago, as investors bet on bigger military budgets and Germany pledged to spend more than 2% of the country’s GDP on defence.

Dassault’s shares were up around 2% in early trading in Paris.

The group proposed a dividend of 2.49 euros per share.