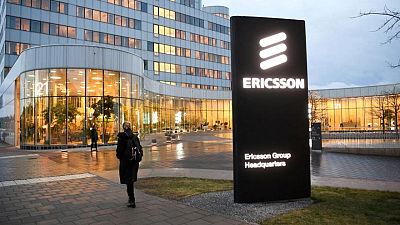 STOCKHOLM/WASHINGTON – Sweden’s Ericsson on Wednesday said the U.S. Justice Department accused it of breaking terms of a 2019 deal with prosecutors by failing to properly disclose misconduct and compliance failures in Iraq.

Ericsson, which has been at the center of a scandal over possible payments to Islamic State, said U.S. authorities determined it failed to make sufficient disclosures about its activities in Iraq before entering a deferred prosecution agreement in 2019 with the Justice Department to resolve a probe into years of alleged corruption in China, Vietnam and Djibouti.

The Justice Department also said the firm failed to make proper disclosures after the deal was signed, Ericsson said in a statement.

Under the terms of the 2019 deal, the Justice Department agreed to hold off prosecuting Ericsson for three years if it paid over $1 billion in penalties and other fees, implemented “rigorous internal controls”, complied with U.S. laws and cooperated fully on any ongoing investigations.

“We had a culture that didn’t allow us to capture wrongdoings,” he told Reuters, noting the firm has been focused on boosting compliance in recent years.

Details emerged last month about the company’s separate issues in Iraq, which have caused Ericsson shares to lose more than a third of their value. Ericsson disclosed that a 2019 internal probe had identified payments designed to circumvent Iraqi customs at a time when militant organizations, including Islamic State, controlled some routes.

Ericsson, which saw shares sink nearly 10% on Wednesday, said it was cooperating with the Justice Department and that it was too early to predict the outcome of the breach, including potential fines.

“We need to understand what that means in detail. We received a communication last night that there was insufficient disclosure,” Ekholm said.

Ericsson in October disclosed receiving notice of a breach, but did not provide further details.

Ericsson’s internal investigation into the Iraq payments “could not identify that any Ericsson employee was directly involved in financing terrorist organizations,” the company said on Wednesday.

Though such agreement breaches have been historically rare, the Justice Department has issued such notices in recent months as it seeks to root out corporate misconduct. Ericsson’s notice underscores the growing legal risks for corporate actors accused of repeat offenses.

In October, U.S. Deputy Attorney General Lisa Monaco laid out policies that included heightened scrutiny of repeat corporate offenders. The agency has been questioning how broadly to continue deferring prosecutions in exchange for penalties and promises of compliance.

Some applauded the tougher stance from U.S. authorities.

“It’s a welcome change, though even more welcome would be for the DOJ to cast aside its failed experiment in routinely granting corporate wrongdoers leniency agreements,” said Rick Claypool of the watchdog group Public Citizen.