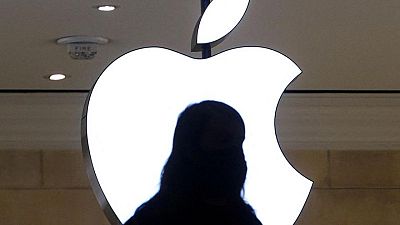 AMSTERDAM -The Dutch antitrust regulator on Monday issued a sixth weekly fine of 5 million euro ($5.7 million) against Apple for failure to comply with an order to open its App Store to alternative forms of payment for dating apps in the Netherlands.

Earlier on Monday, Reuters reported that Apple has sent a letter to the Authority for Consumers and Markets (ACM) arguing it has already complied with the watchdog’s order.

However, the ACM said in a statement it was not aware of any change in Apple’s position and it imposed the new fine.

Apple’s practice of requiring developers to use its system and pay commissions of 15-30% on digital goods purchases has come under scrutiny from regulators and lawmakers around the world.

While the Dutch ruling, which found the company is abusing a dominant market position, applies only in the Netherlands and only for dating apps, it could set a precedent.

The watchdog has now levied five separate weekly $5.7 million fines against Apple for failure to comply with the order, saying that Apple’s proposed solutions put an unfair burden on developers.

A letter from Apple to the ACM dated Feb. 28 seen by Reuters said the solution it has offered would require only a “minor technical change” with no additional costs.

The letter argued it is common practice for developers to modify their software to comply with law in various jurisdictions.

“I understand that currently we have a difference of opinion that may ultimately have to be resolved by a court,” the letter signed by Apple Chief Compliance Officer Kyle Andeer said.

“I hope we can find a mutually agreeable solution that will allow us to move past this issue.”

A spokesperson for the ACM said the agency was aware of Apple’s letter but it did not represent a change of position.