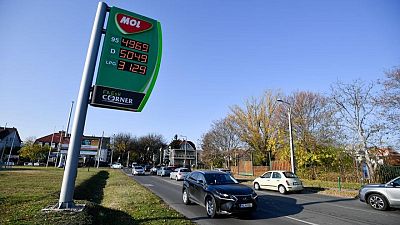 MOSCOW – Hungarian energy company MOL requested extra oil supplies from Russia via the Druzhba pipeline, three people familiar with the matter said on Friday, in a possible attempt to build stockpiles in the wake of Russian invasion of Ukraine.

The southern branch of Druzhba pipeline runs via Ukraine to Hungary, Slovakia and the Czech Republic, and has been the primary source of supply for the countries’ refineries for years.

“They (MOL) asked for any extra volumes to be delivered shortly as they try to have enough stock in case of any disruptions in supply,” one of the people said.

According to those people, MOL can get extra 50,000 tonnes of oil this month provided Russian state pipeline monopoly Transneft accepts its request. Transeft and Naftogaz, owner of Ukraine’s oil pipeline operator Ukrtransnafta, did not immediately respond to a Reuters request for comment.

Russian oil supplies via the southern Druzhba route averaged 240,000 barrels per day in 2021. The northern route runs from Russia to Belarus to supply Germany and Poland.