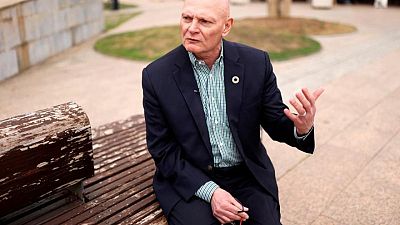 By Joan Faus and Supantha Mukherjee

BARCELONA/STOCKHOLM – There will be no Russian pavilion at the telecoms industry’s biggest annual gathering and a “handful” of Russian firms will be barred from it because of sanctions imposed on Russia for its invasion of Ukraine, the event’s organizer said on Friday.

The organizers of the Mobile World Congress condemned Moscow’s actions, but have no plans to cancel or postpone the gathering scheduled between Feb. 28 and March 3 in Barcelona, John Hoffman, the chief executive of event organizer GSMA, told Reuters.

“As we see the situation today, we don’t see any need or requirement to do that. Of course it’s an evolving situation and we will continue to monitor it,” Hoffman said.

He said “a handful, a few” Russian companies and their executives would be banned but did not name them, saying the sanctions lists were evolving.

“We are guided by the international sanctions and there are some companies that are identified on the sanction list and those will be barred from participating,” he said, adding GSMA would strictly follow U.S. sanctions as well as others.

Conference organisers expect between 40,000 and 60,000 people at the show, making it one of the biggest in-person events since the start of the pandemic, though still below 2019’s numbers.

Hoffman said the figure would probably be closer to 60,000 and attendance would be very high among top executives.

Constanti Serrallonga, general manager of Fira de Barcelona, the event’s venue, spoke of a good build-up to the gathering.

“We are expecting to see an edition that will almost look like a pre-pandemic event.”

The Ukraine invasion has not led to any significant hotel cancellations in Barcelona related to the event with the exception of some representatives from eastern Europe, tourism website Hosteltur reported.

For Barcelona’s Nobu Hotel the return of a large-format conference meant it could reopen after it remained shut for two years because of the pandemic.

“We expect the Mobile World Congress to meet our expectations … we are setting the tone that Barcelona is back”, manager Laurence Dubey said.