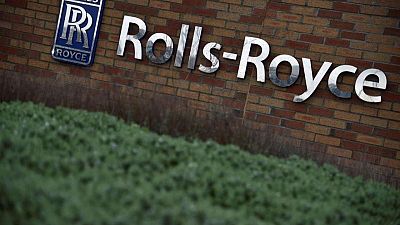 LONDON -Rolls-Royce Chief Executive Warren East will step down by the end of the year after steering the aero-engine maker through the worst of the pandemic, though fresh challenges loom following Russia’s invasion of Ukraine.

Shares in the British group, which also has defence and energy businesses, dropped 16% to a seven month low in early Thursday trade as weaker-than-expected 2021 earnings, East’s upcoming departure and geopolitical risks spooked investors.

Rolls-Royce burned through 5.5 billion pounds ($7.4 billion) of cash during the pandemic as its airline customers stopped or cut back flights.

But East, who took the helm in 2015, delivered cost cuts of 1.4 billion pounds a year ahead of schedule.

That, along with a recovery in civil aviation, helped cash flows turn positive in the third quarter of last year, and the CEO forecast 2022 as a whole would be modestly positive.

From a Rolls-Royce perspective, Russia is less than 2% of total revenue, he said, but about 20% of its titanium comes from the country. “We have been prudently building stocks as the situation has been developing over months,” he told reporters.

“It’s poised for future growth as international travel rises. And it is rising: large engine flying hours rose 57% year-on-year in the second half of 2021,” he said.

The end of 2022 was the “right time” to hand over to someone else, he said, adding he would leave Rolls-Royce operationally and strategically in a “much better place”.