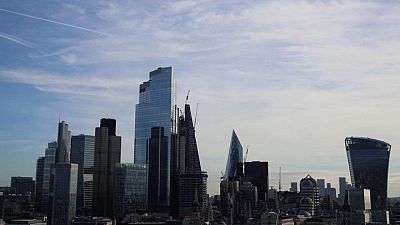 Britain saw net immigration of more than 2 million EU citizens between 2010 and 2020, after which EU citizens lost the unrestricted right to work in Britain as a result of Brexit.

Sectors such as construction, cleaning, driving, hospitality and leisure – where EU workers accounted for more than 10% of staff – had seen advertised wages grow 11% between 2019 and 2021, Indeed said based on an analysis of its data.

By contrast, sectors where fewer than one in 20 workers were from the EU saw advertised pay rates rise just 5% over the period.

“Importing workers from the EU is no longer the safety valve for businesses that it was before Brexit. Employers now have little option but to hike pay to try to entice workers,” Indeed economist Jack Kennedy said.

Some of the difference in pay growth reflected how sectors where EU workers had been most common were often also those which had seen the greatest surge in demand during and after the COVID-19 pandemic, Indeed said.

“Major shifts imposed on the labour market by the pandemic, coupled with the legacy of Brexit, have coalesced into a perfect storm for the occupations previously most reliant on EU workers,” Kennedy said.

Before Brexit, economists had found relatively little evidence that high levels of immigration from the EU contributed to the weak pay growth suffered by British workers since the 2008 financial crisis.

Under the new rules, prospective EU workers must meet the same standards on pay and qualifications as those from the rest of the world.

Companies must normally pay staff at least 25,600 pounds ($34,030) a year – about 5,000 pounds less than the average full-time wage in Britain – for them to be eligible for an employment visa. Some sectors with particular labour shortages have lower salary thresholds.