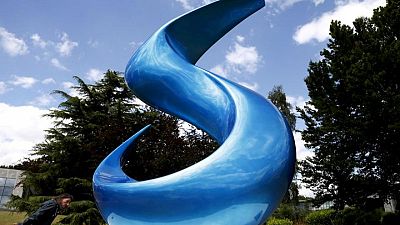 BRUSSELS – Belgian chemicals group Solvay reported record profits for 2021 on Wednesday after a stronger-than-expected fourth quarter helped by higher volumes and prices, sending its shares up 3% in early trade.

The company said it expected price increases to accelerate this year as it passes higher raw material costs onto customers.

It projected earnings before interest, tax, depreciation and amortisation (EBITDA) for 2022 to grow by a mid-single digit percentage and its free cash flow to exceed 650 million euro ($736 million).

“Our Q4 results show we have the ability to act on prices (…) with a 12% rise in prices, and we’re pursuing this during the 2022 first semester to overcome inflation pressures,” CEO Ilham Kadri said during a press conference.

She added capital investments could reach up to 900 million euros this year, versus 736 million in 2021, and that for now the Ukraine crisis, which has triggered new Western sanctions against Russia, should have “very limited impact” on the company.

“Solvay tends to guide conservatively at the start of the year so that it can progressively raise its FCF expectation as the year unfolds,” ING analysts said in a note.

That beat a company-provided consensus of 2.52 billion euros.

Quarterly EBITDA stood at 572 million euros, also above a consensus of 517 million and a 24% increase from a year earlier.