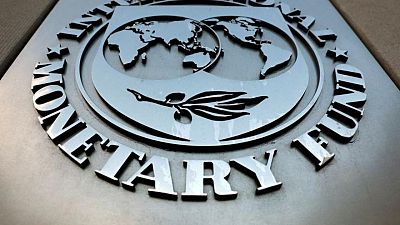 LONDON – A push to make London more attractive as a global financial centre after Brexit must not threaten high standards of solvency and behaviour at banks, insurers and markets, the International Monetary Fund said on Wednesday.

The IMF said in its assessment of Britain’s financial system there is “tension” over the finance ministry’s intention to give the Bank of England and Financial Conduct Authority a formal objective to aid the sector’s competitiveness.

London was largely cut off from the European Union when Britain left the bloc at the end of 2020, with swathes of euro stock and derivatives trading moving to Amsterdam.

Market fragmentation due to Brexit increases costs for financial firms and could cut business investment in Britain, the IMF said.

Britain should maintain its commitment to supporting the highest standards of prudence and good governance of domestic and international finance.

“Similarly, while maintaining a competitive financial sector is an important policy goal, financial stability should not be compromised for the objectives of competitiveness,” the IMF said.

The BoE’s Financial Policy Committee should strengthen its focus on global financial standards, it added.

The financial sector has welcomed the competitiveness objective, which the finance ministry has said will not lower standards, but a senior BoE official said it must not create “booms and busts” in the sector.

Consumer groups have said the objective could turn regulators into cheerleaders for finance.

Britain’s finance ministry set out plans on Monday to ease insurance capital rules to unlock billions of pounds for investments.

The BoE should be allowed to give advice on the plans in an independent way, and any variation in final policy compared to BoE views would then be clear, the IMF said.

Regulators should maintain Britain’s commitment to mutual cooperation with the EU, including intensifying regulatory dialogue, it said.

The EU has delayed approval of a new UK-EU discussion forum for financial regulators, and said clearing houses in Britain won’t be allowed to serve EU customers after June 2025.

The IMF assessment concluded that Britain operates a well-functioning financial stability framework with resilient banks and insurers, and is well aligned with global standards.